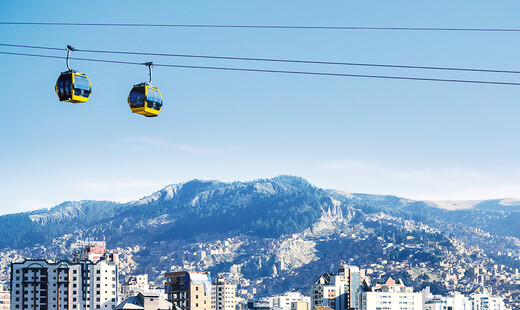 At 3,7 km, the Línea Amarilla (yellow line) is the longest ropeway connection between El Alto and La Paz, which officially went into service on September 15, 2014.