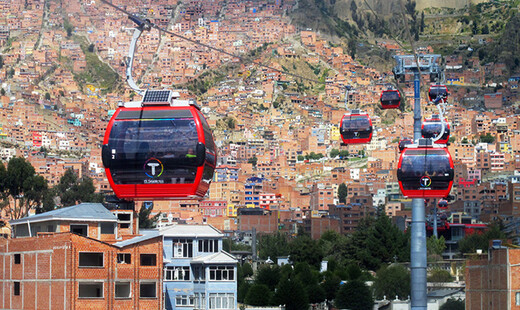 The Línea Roja (red line) is the shortest of the three ropeway lines and was the first to open in May 2014. Within just 28 days, it had already achieved the one million trip mark.