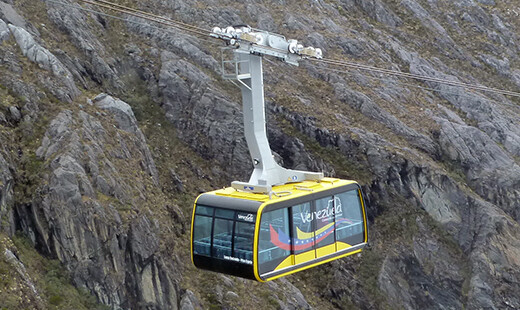 In Mérida, western Venezuela, Doppelmayr/Garaventa recently completed four new reversible aerial tramways with a total length of 12.5 kilometers in the foothills of the Andes. This makes it the world’s longest multiple-section aerial tramway. Both tourism and the region’s population benefit for this new mode of transport. New infrastructure including shops, restaurants and a new museum has been created in the five stations serving the tram. The area covered by the buildings is the size of two football pitches. The Doppelmayr/Garaventa Group impressed the customer with its many years of experience and was chosen as general contractor to plan and carry out the construction.