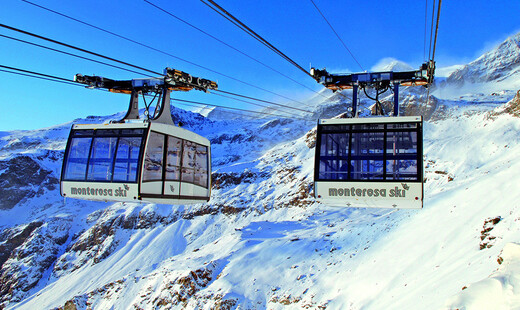 The third Doppelmayr Funifor has been installed in the Monte Rosa region. It carries passengers from the groomed snow trails of Passo dei Salati directly to the "freeride paradise" and is the starting point for many tours to the surrounding 4,500 m-high mountains. It is the final link in a three-section Funifor chain below the mighty 4,255 m Punta Vincent.

From Passo dei Salati there are plenty of skiing options for freeriders. The Funifor replaces the 44-year-old aerial tramway Bocchette delle Pisse – Indren (built in 1965). Operational flexibility and the exceptional wind stability of this system were the key factors in the decision to build a Funifor.