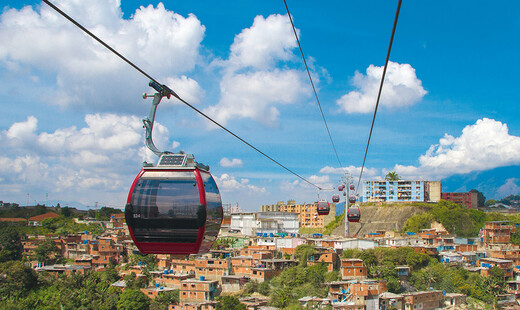 The "Tramo Expreso" is the latest 8-passenger gondola lift in Caracas. It was opened in December 2012 and links the densely populated district of Mariche with the subway in Palo Verde. The lift's immediate catchment area has a population of 93,000.

The lift was installed with minimal intervention in the existing building infrastructure; the construction of a road, on the other hand, would have meant demolishing any buildings in its path. The efficiency of the public transport network has received a great boost from the new lift. The narrow, winding streets are always congested with traffic. At peak times, vehicles can only travel along the main road, Petare-Santa Lucia, at walking pace, averaging a speed of 6 km/h.