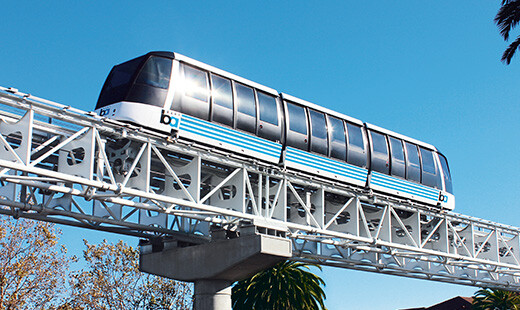 The Cable Liner consists of double guideways on the line. Switch rails, which were specially designed for the pinched loop system and are located at the entrance to the terminal, enable the four trains to change from one track to the other. The trains are moved synchronously by four cable loops propelled from the mid station (Doolittle).

The individual walk-through trains – each consisting of three cars – are air-conditioned and equipped with a cutting-edge infotainment system. Doppelmayr Cable Car GmbH & Co KG was also awarded the contract to operate the Oakland Airport Connector for the next 20 years.